HISTORY OF THE DOJO

The SHU REN KAN school (dojo) is an Amateur Sports Association in Via Carducci, Fidenza offering Martial Arts preparation, focussing on Karate in particular, as a means of youth education and training through correctly practised, healthy sports activity.

Our association teaches and promotes YAMAGUCHI GOJU­RYU style Karate.
Master Mario Laurini’s SHU REN KAN school has firmly established itself both at competitive level and more, in Italy and beyond, because of its professionalism, experience and fusion of TRADITION and MODERNITY.

The school was founded in 1994 in Fidenza by Master Mario Laurini, the Association’s current Technical Director. In the years that followed the school expanded within the province offering children’s and adults’ Karate courses in Parma, Salsomaggiore Terme, Soragna and Sorbolo, as well as Fidenza.
The Association also currently offers interesting and useful Self-defence courses, particularly suitable for women, which have made a major contribution to the school’s popularity.

The school collaborates with numerous local institutions and offers Karate as an important education tool for children, young kids and adults of all ages, starting with infant school, right through to the University of Parma.
Indeed Master Mario Laurini is responsible for selecting the CUS Parma Karate Team, and Shu Ren Kan handles preparation of athletes for the Italian National University Championships

The school is among the top three associations in Emilia-Romagna as well as one of the top schools in Italy. It has taken various Italian titles and has also held the IKGA World Champion title, won by Master Laurini in 2005, and IKGA European Champions in 2007.

In every technique, in every action, in every moment of your life, be exactly what you do. Attention, concentration and awareness in every action must be the essential principles of the Shu Ren Kan student.

THE MEANING OF SHU REN KAN

The name is composed of three different ideograms:

The first ideogram is SHU and means: training, studying.

A more profound meaning is to improve oneself through training and studying oneself.

The second ideogram REN is very similar to the first: improving and shaping one’s character. The spirit and mind are “tempered”, like the metal of a sword.

Shu Ren Kan thus means: a place where people assemble to improve themselves through intense training. 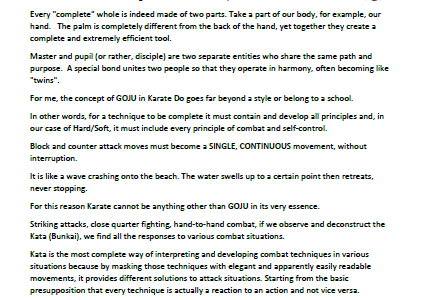 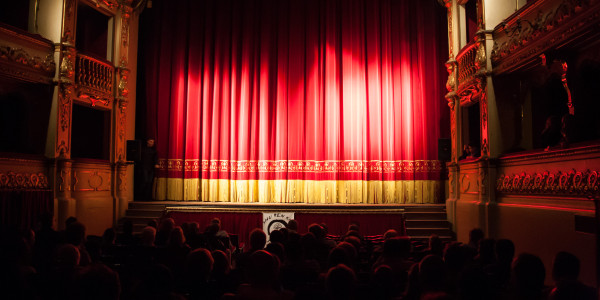 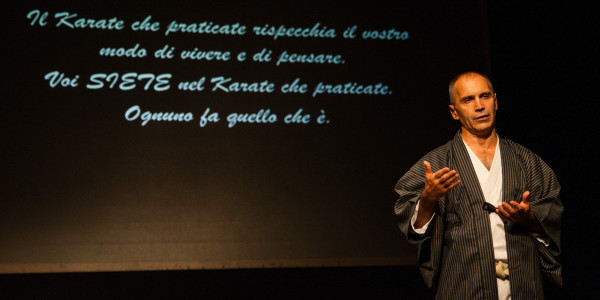 This section covers the magical atmosphere of the Shu Ren Kan Fidenza 20th Anniversary, celebrated on 19th October 2014, against the splendid backdrop of Teatro Magnani, which was packed with friends, followers and personalities from the world of Karate, sports, politics and religion.

1994 marked the start of Master Mario Laurini’s dream of founding a Karate school which would become his career and spiritual home. 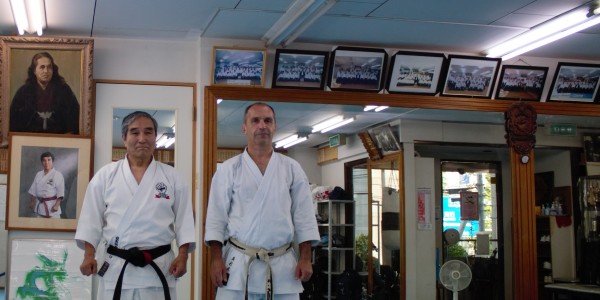 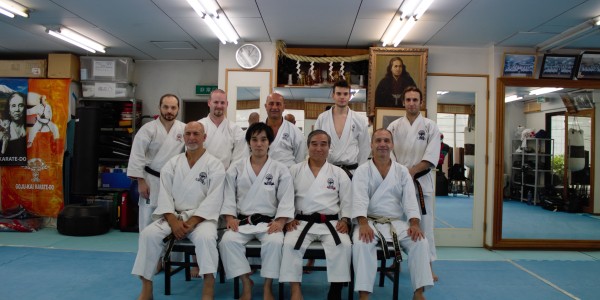 In June 2014 Master Laurini and the Shu Ren Kan school came together with the other IKGA Italia schools to travel to Japan for a challenging refresher course. The main focus and purpose of the trip was naturally our visit to Master Goshi Yamaguchi’s IKGA Hombu Dojo in Tokyo 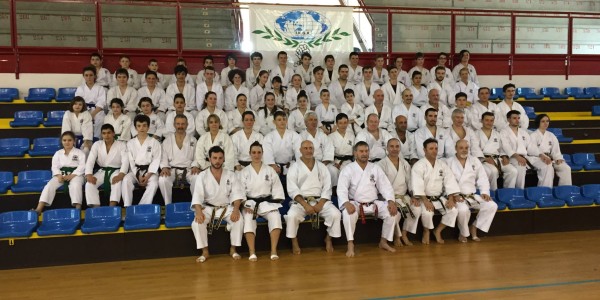 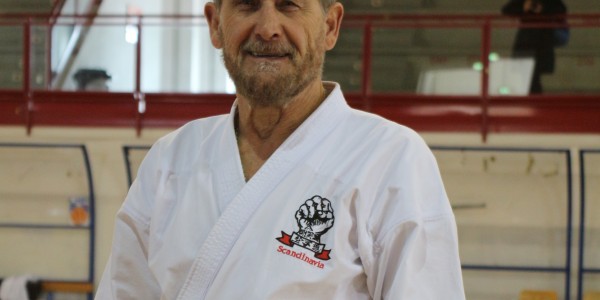 This highly successful school event took place on May 15th 2015. Hanshi Ingo De Jong, an 8th Dan Goju-Kai black belt Australian Karate Master now residing in Sweden, and European Director of the International IKGA Karate Association was a most welcome guest of Shu Ren Kan Fidenza. Highly respected within martial arts circles as a most worthy former combatant and for his excellent teaching skills, Master De Jong spent several days in Fidenza with Master Laurini (jointly running IKGA Italia with Masters Masci and Costarelli), holding a special seminar for the school’s students. All this was made possible thanks to the kind assistance of the Fidenza Municipal Council, with special help from the Sports Council, who kindly allowed us to use Fidenza’s impressive Palazzetto dello Sport. It was a hugely successful event, allowing 80 or so athletes of all ages to train alongside a Grand Master in the informal, congenial style practised by Shu Ren Kan.. 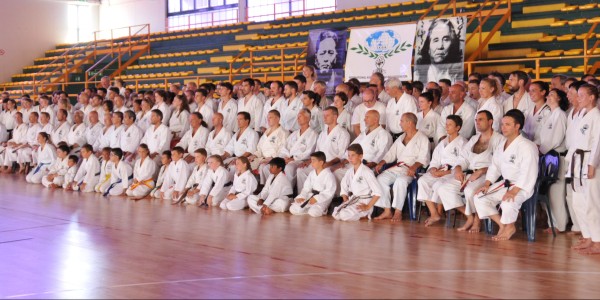 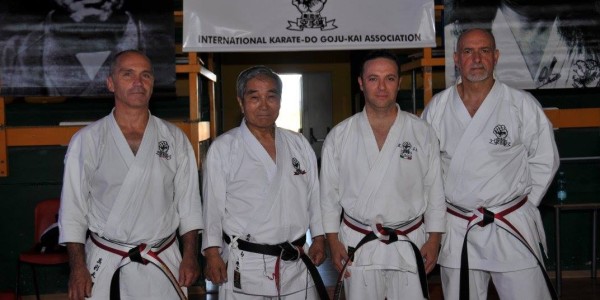